The Co Tipperary hellraiser is the focus of star-studded documentary Crock of Gold, looking back at his time as The Pogues’ frontman.

Fairytale of New York icon MacGowan, 62 — recently dubbed a “master” by Bruce Springsteen — didn’t hold back when asked to assess his own legacy in the new movie, which is produced by Hollywood megastar pal Johnny Depp.

In the trailer released this week, Shane shrugged: “God looked down on this little cottage in Ireland and said, ‘That little boy there, he’s the little boy I’m going to use to save Irish music’.”

He opened up about how he launched a successful career in the industry, explaining: “To make good music, a good musician has to put music before everything, and that’s what I’ve always done.

"I loved the drink, the gigs, the girls. They lyrics are always about fighting, drinking, dying, living . . . you know, the things that everybody does.”

The no-holds-barred account of his life and times also covers his split with the Pogues, which saw him leave the band in 1991.

The Rainy Night In Soho rockers sacked their talisman as his issues with drink and drugs worsened, including on an infamous world tour in Japan.

Shane — whose first spell in rehab came at just 17 — endured a difficult time in the 1990s as he continued to dabble with drugs.

Although his long-term relationship with Victoria Mary Clarke briefly ended, the pair quickly reconciled and eventually tied the knot in 2018.

Shane also reunited with The Pogues for a money-spinning series of gigs, most recently in 2014.

Victoria said the pair were forced to miss the premiere due to Covid-19 lockdown, but were given a sneak preview of the finished product.

She said Shane “got a kick out of seeing the music — it was fantastic”.

Crock of Gold hits UK cinemas on November 20, with an Irish release to follow. 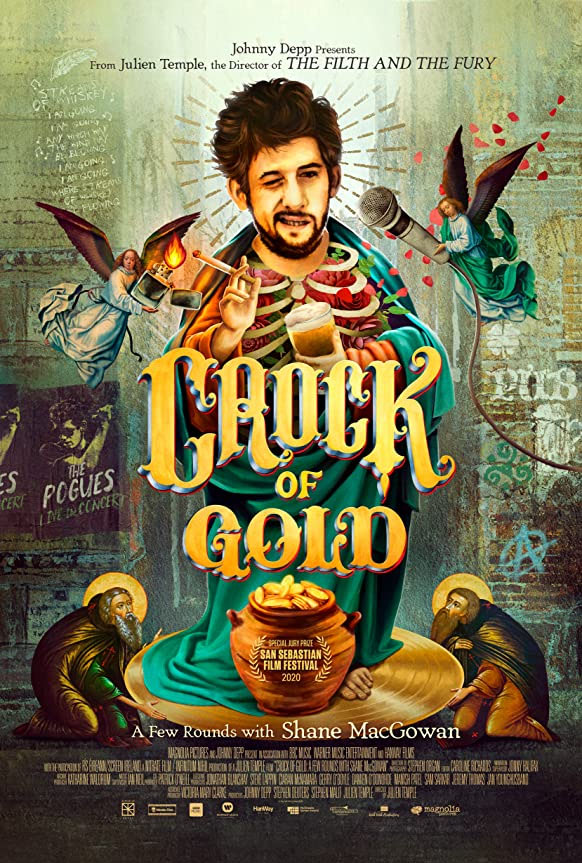 Since you put me down, it seems i've been very gloomy. You may laugh but pretty girls look right through me.
Top
Post Reply
1 post • Page 1 of 1

Users browsing this forum: No registered users and 65 guests